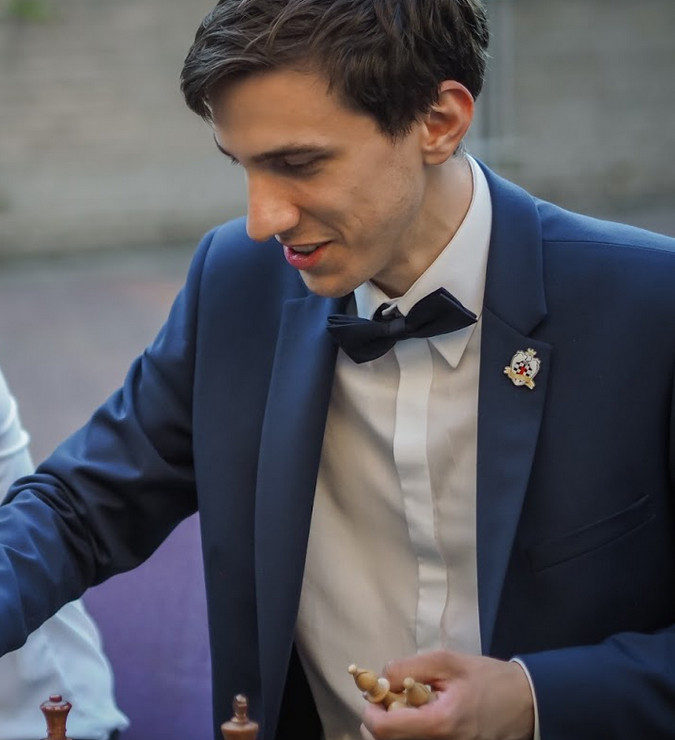 Please present yourself to our members and visitors to the website.
I am 34 years, FIDE Master from Warsaw, ranked 2262 (peak 2380). I work at the Polish Chess Federation and I am a Manager of Coaching. I am happy that my hobby is also my job.
You grew up in a chess-playing family, how has that affected you on and off the board?
On the board it was not easy in the beginning of my chess career. My elder brother is a very gifted player and won many medals (4 times Polish Champion, Gold Medallist at the Chess Olympiad, winner of the Aeroflot Open etc), starting from the Polish Championship U10. I was a decent young player but I was unable to catch my brother and it was quite discouraging to me. I stopped my professional career and I focused on school and studies. After graduation I was offered a job at the Polish Chess Federation and I can do some good stuff for the whole Polish community. Off the board chess gave me a lot of friends around the world and I visited beautiful places - I am sure that almost all chess players would say so.
How would you describe your style of play?
I always considered myself as an attacking player with some tactical skills. Recently I changed my style and now I am a more positional player (OTB). One thing remains the same - I play quickly and always try to take advantage on time. It is especially a good weapon in blitz games (OTB and online).
Preferred openings and type of positions?
One of my favourite openings is the Modern Benoni but it is a love-hate relationship. With white I like the Rossolimo where I managed to beat some titled players (for example Anton Korobov in the European Rapid Championships).
What are your greatest achievements in chess?
My best performance was at Neckar Open 2010 (shared 12th place amongst 400 participants) where I almost achieved a GM norm. I won the Polish Super Cup with the legendary Polonia Plus GSM Team in 2004. I was on the team with Boris Gelfand, Bartek Macieja and Bartosz Socko, with me on the junior board.
You have been a regular member of the Visby team throughout all seasons of SCTB (Swedish Chess Team Battle), even participating successfully a couple times in the summer though you played from your cell phone with a limited internet connection. What features of the tournament make you return to play every Sunday?
I love chess and I can play all the time! However playing for something (not just for fun) is much more exciting. Wojciech Moranda, Dawid Czerw and especially Marcel Kanarek are friends of mine, but I can't wait to meet and get familiar with the rest of a team.
You have online ratings of approximately 2500-2600 in bullet and blitz, what advice can you give the readers on becoming a better blitz player?
Tactics, tactics, tactics! Before each tournament I do some tactics and puzzle rush on chess.com and then I see much more! Initiative and time advantage plays a key role in blitz - that's why in blitz I play aggressively and fast.
Finally, what are your thoughts on the team’s chances in the final round on Sunday?
With our best line-up we can beat them all!